Who is Tornado Tim 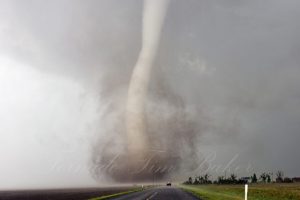 Tim Baker, is known around the world as Tornado Tim, due to his videos and TV show appearances. As a storm chaser, Tornado Tim has over 24 years of experience chasing down severe weather and filming tornadoes. He speaks at business conventions where he ignites the imaginations of audiences as he shares stories about his tornado filming experiences.  Having a professional like Tornado Tim, known for his ability to capture stunning and dramatic footage, helps make videos that are more engaging and informative.

And if you are into flying drones while storm chasing I highly recommend the Mavic Mini Pro for starters.

TV episodes he has been in:

Tornado Tim is the one you want if you are looking for an exciting interview with plenty of enthusiasm. Reporting is available for radio or TV interviews about severe weather.  He will share his passion for severe weather in every interview and being both an author and tornado chaser, and speak from experience with clarity.

Tornado Tim is someone you can trust.  In addition to tornado/storm chasing, he has a private pilot’s license, has authored books, enjoys photo/video journalism and is frequently a guest speaker on tornadoes and severe weather.

Many other broadcasts not listed here.